“Long before I wrote stories, I listened for stories. Listening for them is something more acute than listening to them. I suppose it’s an early form of participation in what goes on. Listening children know stories are there. When their elders sit and begin, children are just waiting and hoping for one to come out, like a mouse from its hole.”
– Eudora Welty, One Writer’s Beginnings

That was in the Dark Ages. Ancient desktop, probably Windows 3.1 and  WordPerfect. Hard drives. Floppy disks that didn’t flop. 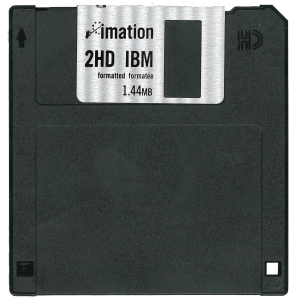 It was my second foray into fiction. I rather liked the result, and as a naive newbie, I submitted it to a contest. A month later the North Texas Professional Writers Association notified me the story had placed first in its fiction division. They enclosed a check for $50 (real money!) and a copy of the chapbook in which winners’ work was published.

Later I became comfortable composing at the keyboard. I printed, marked the manuscript, revised and edited the document, went through that process several times, stored the file, ripped up the paper.

Down the road apiece, “hard copies” became unnecessary—just attach a file and email it off to contests or zines. Easy peasy.

And then came another desktop, and laptops, and new versions of Windows, one after the other, and CD-ROMS (writable!), and external backups, and online backup services, and cloud backups, and a whole raft of things I’ve never heard of.

The paperless society. Everything on record, available at the touch of a fingertip, no document or image ever lost.

First, a flash drive disappeared. Several years later, during one of my 3:00 a.m. housecleaning binges, I moved the refrigerator and found it lying beneath, stashed there by a cat with her own method of digital storage. But it was no big deal; most of the documents were safe on the hard drive.

Then there was the crash. I’d been thinking about subscribing to an online backup service but just hadn’t gotten around to it. Still, no big deal. I’d hidden all the flash drives from the cat. And, quite frankly, there were a few files I was relieved to lose.

But last week I realized I’d lost something that matters: “Stop Signs.” My award-winning story. The first story that I was paid for. In money.

But more important than awards or money—my words were missing.

The file isn’t on my hard drive. Or in the cloud. Or in Drop Box. And I can’t find the chapbook.

Oh, it isn’t really lost. The chapbook is here. Somewhere. When we moved last year, I packed it. I just don’t know where it landed. Saturday, I went hunting.

I didn’t find it. I found something better: a draft of an interview I did in the early 1980s with my Great-aunt Bettie Pittman Waller, who was married to my grandfather’s older brother Maurice. It’s a mess, pages unnumbered–it was typed on a typewriter, probably directly from the cassette tape–with scribbled directions for moving this paragraph here and that paragraph there, to make it into a coherent whole.

Aunt Bettie and Uncle Maurice grew up in the Cottonwood Community in Guadalupe County, across the San Marcos River from the town of Fentress, Texas, where they lived for most of the nearly sixty-five years they were married. They were pillars of both Presbyterian and Methodist Churches—in the back pew of the Methodist Church on first and third Sundays, the back pew of the Presbyterian on second and fourth. What other people did was none of their business. They didn’t judge. They also didn’t sit down front because Uncle Maurice had no intention of being noticed and possibly asked to take up collection.

When they married, all she knew how to cook was pancakes. Three months later, Uncle Maurice told her she was simply going to have to learn to make something else.

She was born in 1886 and died in 1987; for most of that time, her mind was sharp and her memory impeccable. She moved from Cottonwood to Fentress in 1901, was the youngest resident, when her widowed mother built a boarding house there. She remembered names and dates. She held the history of the town.

She told stories about their marriage and the town and the people, and Uncle Maurice, who was known for not talking, sat there shaking with silent laughter. There was so much to laugh about.

Why does all this matter? Because I was a listening child. Because my roots are deep in the town she was so much a part of. A small, insignificant place, except to the few who remember.

Because that’s where my imagination lives.

Because my work in progress is set in a little town named Cottonwood, whose history is very like that of the small, insignificant place.

Because “Stop Signs” begins, My grandfather thinks stop signs cause wrecks—a statement my grandfather made while I was listening.

Because history isn’t a list of presidents and kings, wars and laws and dates. It’s ordinary people, who they were, what they did, day after ordinary day.

And because those ordinary people and places should not be forgotten.

The following is an excerpt of the interview with Aunt Bettie–her first date with Uncle Maurice, and two events that happened early in their marriage, while they were still living on the farm. “Pat” was Uncle Maurice’s pet name for Aunt Bettie. Barney and Frank are Uncle Maurice’s brothers. Tishie is Aunt Bettie’s older sister, Letitia. Old Fritz is a horse.

Maurice and I married in 1905. I remember our first date; we didn’t know the word “date,” we called it “having company.”

Mama wouldn’t let me go with boys. That was my sixteenth birthday, and I slipped off to go. I wasn’t proud of it, bit I did.

Ollie Hudgens was my best friend and Maurice’s cousin, and Pent Gregg was Maurice’s best friend and my cousin. Mr. Hudgens didn’t like Pent, but Ollie went with him anyway. Ollie was going to spend the night with me on my birthday, and Pent was going out with Ollie, and he didn’t want me along, so he made Maurice go along, too. I left home with Pent and Ollie, and later Maurice caught up with us. He had borrowed a buggy.

We were going to a protracted meeting at the Baptist Church at Prairie Lea. It was very dusty, the 19th of June, and watermelons were in. The 19th was always the biggest part of the melon season. Maurice had access to the icebox at the [family] store, and he put a melon in for us to eat after church.

Maurice had never had a date either, and we didn’t know what to say. Going down, I said, “It’s sure dusty, isn’t it?” and he said, “Surely is.” That’s all we said all the way to Prairie Lea. But on the way home, we got better acquainted.

It was the brightest moonlight I ever saw. We had to cross the river, and there was a gravel bar there. When we got home, Maurice got the melon, and it was cold and nice, and we four went down on the gravel bar and ate the melon. We had such a nice time. I called it my sixteenth birthday party—it was the first party I’d ever had.

But then I couldn’t get Mama to let me go out again. I cried and begged Mama to let me go. Tishie had a different way with Mama—she got mad and talked back, and then she didn’t get to go anywhere either. But I knew better.

So I had to slip around to see Maurice. I wasn’t proud, but that was the only way I could see him.

To Maurice, this was the funniest thing that ever happened. Ward Lane got muddy when it rained much. If you kept in the ruts, you did all right and didn’t stick. But it wasn’t wide enough for two to pass. You could probably squeeze by if it was dry, but not if there was mud.

There was a show in Fentress that night—we lived on the farm that year—and we went early, before dark. On the way home, about ten o’clock, it was bright moonlight. We had to go very slow because it was so muddy.

Our buggy didn’t have a top—it was a trap, a popular kind for youngsters then. I don’t know whose it was; well, I guess it was ours, because we were married then. Before we married, Maurice shared a buggy, but Frank didn’t go out with girls till he started going with Vida, so he didn’t need it much.

That night Maurice didn’t hold to the reins tight. The wheel hub on his side hit a fence post and knocked the car around. I fell perfectly flat on my back in the mudhole. It was so bright you could see very well.

Maurice didn’t say anything, and then I realized he was laughing as hard as he could. I thought, He doesn’t care if I am killed. That crossed my mind.

When he finally could talk, he said, “I’m just getting even with you.”

I wasn’t fit to get back in the buggy; I sat on the edge of the seat all the way home. I was wearing a white linen dress I had made, and I thought it was so pretty, and that stain never did come out. Boiling didn’t take it out. It was a fine woven cloth, and it was ruined.

But Maurice had a lot of fun out of it. Whenever it was mentioned, he would say, “Well, I just got even—I always wanted to.”

What he was getting even for happened soon after Barney and Hallie married. Maurice and I had been married a while, but I wasn’t a housewife, and I didn’t know anything about entertaining. It was Sunday morning, very cold, and we had a fire in one room, the only room where we could have a fire. Maurice was taking a bath in there, just inside the kitchen door to the dining room.

We heard a knock at the door, and I went to answer it, and Maurice said, “Pat, don’t ask them in here.”

But it was Barney and Hallie—he had come to introduce his new wife to us—and I didn’t know what else to do, so I said, “Won’t you come in?”

When we got into the kitchen, Maurice had disappeared.

Well, I was so tickled that I know Barn and Hallie thought something was wrong with me. They sat down and we visited and in a minute Barney said, “Bettie, when we drove around back, old Fritz had his head in the crib and was eating corn.” We had just a little corn out there to feed him, so I was going out to shut the door, even if it was cold.

When I passed through the dining room, there was Maurice, plastered up against the wall, wet and without a stitch on, just freezing to death. He said, “Bettie, get me some clothes.”

I just walked out and laid my head up against the corn crib and laughed till I cried.

Maurice was furious; that was the first time he’d got mad at me like that.

He never did get over it till he knocked me in the mud.

Image of floppy disk by Pixel_perfect from Pixabay

4 thoughts on “Lost and Found”