But now, Nat’s got me. Nat, 47-year old field man from the British secret service or “Office,” has returned to his London home from Europe, at loose ends. He has proudly served his Queen, his country, his Service. He’s a jock, loves running, loves to play ferocious strategic badminton at the Athleticus, a club near his home. He’s Club champion. He loves his wife Prue, who as his spouse actually served the Office when they were stationed together in Russia. Prue now handles big pro bono legal cases and Nat likes to drop in to watch her courteous destruction of the opposition. Nat, with his German-Russian-English-Scots background, speaks Russian like a native. Now he’s expecting to be made “redundant,” put out to pasture, offered dead-end private sector jobs in, say, security.

Meanwhile, at the Athleticus he is challenged by a tall, bespectacled, socially awkward guy, Ed Shannon, who demands a match with the Club champion. Nat assesses this approach:

And the voice itself, of which by now I have a fair sample? In the time-honored British parlour game of placing our compatriots on the social ladder by virtue of their diction I am at best a poor contestant, having spent too much of my life in foreign parts. But to the ear of my daughter Stephanie, a sworn leveler, my guess is that Ed’s diction would pass as just about all right, meaning no direct evidence of a private education.

How deft is that description? So deft. Part of le Carré’s genius is to compose sentences which effortlessly expand the characters and scenes he’s building. Here Nat describes himself using (italicized) info from his own employment file:

I possess rugged charm and the accessible personality of a man of the world.

I am in appearance and manner a British archetype, capable of fluent and persuasive argument in the short term. I adapt to circumstance and have no insuperable moral scruples.

What a great ploy, letting the narrator use other peoples’ descriptions to present himself. Nat’s voice is irresistible.

Nat’s at a turning point. Now at home, waiting for some assignment from the Office and wondering about his future, he suspects his college student daughter thinks dad’s job performance is mediocre, far outshone by Prue’s legal career. It grates that his daughter doesn’t even know what he’s done:

I’d like to have told her why I’d failed to phone her on her fourteenth birthday because I knew it still rankled. I’d like to have explained that I had been sitting on the Estonian side of the Russian border in thick snow praying to God my agent would make it through the lines under a pile of sawn timber. I’d like to have given her some idea of how it had felt for her mother and me to live together under non-stop surveillance as members of the Office’s Station in Moscow where it could take ten days to clear or fill a dead letter box, knowing that, if you put a foot out of place, your agent is likely to die in hell. 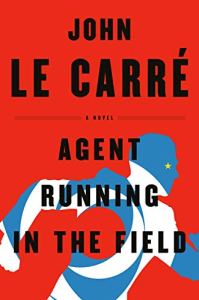 When Nat goes in for the interview where he expects to be put out to pasture, we get an eyeful and earful of the infighting and sharp elbows within the Office. To our pleased surprise, Nat seems well able to handle those elbows. Furthermore, Nat wins the badminton match against the importunate Ed. When they drink a beer later, and after subsequent matches, Ed inveighs passionately against Trump, Putin, and the parlous situation of post-Brexit Britain. Meanwhile, instead of being terminated, Nat is asked to manage the Haven, a London sub-station of the Office, including supervising an intense agent named Florence who’s pressing the Office to approve Operation Rosebud. Operation Rosebud would insert eavesdropping equipment into the lush English home of a Ukrainian oligarch with well-documented links to Moscow Centre and Putin. Here’s Nat’s description of Florence:

And in Florence, as Giles [whom Nat’s replacing] was at pains to inform me over a nocturnal bottle of Talisker whisky in the back kitchen of the Haven, Rosebud had found an implacable if obsessive champion…

With Operation Rosebud about to begin, a sleeper Russian agent––currently acting as a double agent for the Office­­––requests an emergency meeting with Nat. It may be possible, the agent says, for Britain to capture a very big fish…well, no spoilers. Nat travels to Karlovy Vary to meet an informant who can identify the fish. The informant grills Nat, in dialogue so sharp on current world politics it hurts:

“So what are you?”
“A patriot, I suppose.”
“What of? Facebook? Dot-coms? Global warming? Corporation so big they can gobble up your broken little country in one bite? Who’s paying you?”

Like a set of Matryoshka dolls, le Carré’s plot holds secrets within secrets within secrets. Le Carré fans know his plots, in hindsight, seem prescient: he brought us big pharma in Africa and disaster in Chechnya before those issues hit the world stage. Now he zeroes in on the Europe of today’s news broadcasts, with Putin looming to the east, Trump to the west, and Britain bent on Brexit. I found myself wondering––fearing––how real the most treacherous plot in this Matryoshka might turn out to be.

Cover photo of Agent Running in the Field via Amazon.com

Image of Matryoshka dolls by Schwoaze, via Pixabay 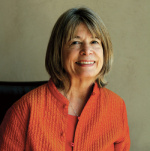 Helen Currie Foster is the author of the five novels in the Alice MacDonald Greer mystery series, the latest of which is The Ghost Next Door.  A retired environmental lawyer, she lives with her husband near Dripping Springs, Texas, supervised by three burros.