Sara Paretsky created quite a stir in the mystery writing community with her recent letter to the editor. (New York Times June 14, 2019). This actually surprised me a little.

For years the majority of U.S. publishers, editors and booksellers have preferred male-authored novels in the mystery thriller genre.  Let’s define our terms here. Thrillers are generally male-oriented in intended audience, protagonist sex, and author generation while cozy mysteries are intellectually gender-neutral and character- and puzzle-inclined) The New York Times published an op-ed that said female authors are finally breaking into this male-dominated genre.

Ms. Paretsky’s point is that women have been writing thrillers for decades. She should know. She’s one of them. Author of the V.I. Warshawski crime novels, the most recent of which is Shell Game, Paretsky and other authors helped start Sisters in Crime—an international organization that brings women’s voices into print, and those voices to the readers.

Ah. The reader.  Please note, when I mentioned above who preferred thriller mysteries to be authored by males, I did NOT include the reader.

Yet despite the likes of Sue Grafton, Nevada Barr, Gillian Flynn, J.D. Robb and Sara Paretsky, women authors are often passed over as “crime” writers. Why? 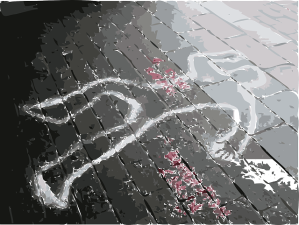 My theory is that thrillers are typically categorized as faster paced mysteries involving high stakes, using stronger language and/or a more sinister climactic event, a flawed heroine or hero, a sense of urgency and a threat level that never leaves high gear.

Women authors tend to include two added elements that slam them into the cozy category—and out of the publisher and bookseller consideration. We add well-rounded characters—folks you’d like to meet in person, or kill (whichever the case may be), and we allow the setting to become a character in the story.

I recently read that booksellers in Japan have embraced marketing female-authored thrillers. Booksellers there are creating a “Four F” section in their stores. The four f’s stand for female author, female editor, female protagonist and female translator (into Japanese, obviously). Their marketing technique embraces the differences that women authors bring to the thriller table, and celebrates the appeal these writers have. Oh, by the way, the booksellers are making money.

Japan is known for setting new trends. How about we try this in the good ole U.S. of A?

Image of crime scene from Pixabay.com

K.P. Gresham, author of the Pastor Matt Hayden Mystery series and Three Days at Wrigley Field, moved to Texas as quick as she could. Born Chicagoan, K.P. and her husband moved to Texas, fell in love with not shoveling show and are 30+ year Lone Star State residents. She finds that her dual country citizenship, the Midwest and Texas, provide deep fodder for her award-winning novels. Her varied careers as a media librarian and technical director, middle school literature teacher and theatre playwright and director add humor and truth to her stories. A graduate of Houston’s Rice University Novels Writing Colloquium, I.P. now resides in Austin, Texas, where life with her tolerant but supportive husband and narcissistic Chihuahua is acceptably weird.