Don’t do what I did. 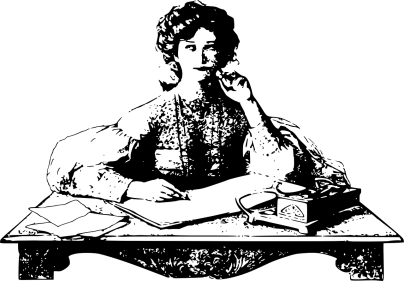 When I first started writing, each story was a new adventure with new characters and settings. Stories ideas would come into my brain, marinate for a few days, and then I’d start working. I didn’t make a conscious plan to create stories in any particular genre. I wrote stories for me, telling the stories I wanted to tell as the ideas came to me. Having analyzed and written short stories during my education, the process came naturally to me. I simply sat down and began working, knowing the story needed a strong opening, rising action, a climax, and a dénouement.

As I grew more confident in my work and began submitting my short stories to magazines, I thought I’d figured out how to write. So I challenged myself to complete a novel length work, 60,000 words. I decided to write a mystery novel.

But although I’d analyzed novels previously, the only thing I’d written of any great length was a nonfiction honor’s thesis for my undergraduate degree. I had never studied how to craft a novel. While I knew the story still required the same basic pieces, the idea of creating something so long and complex without preparation seemed daunting. I decided to read books about the process, to learn what I needed to know before diving in blindly.

Unfortunately, I chose the wrong books to direct me. Though the books came with great reviews and were highly recommended for learning to craft mystery novels, they all espoused one particular style: a carefully plotted method that involved mapping the book in detail in advance. Recognizing this as the method I had been taught to produce nonfiction, I thought, “Oh, I can do this. I’ve done this before. This must be the way to produce book-length works.”

All of my short stories had been written in a free-flowing, organic style with minimal advance plotting. I scribbled down a handful of notes and ideas on character or plot and started working, letting the story come to life on the page as I went. When I tried to write my first novel, I dropped that spontaneous process and tried to plot everything as the books I’d read suggested.

And thus, I shot myself in the foot. I inhibited my writing process by trying to follow someone else’s methods.

The joy went out of my work.

I was unable to get beyond a chapter or two before quitting.

After reassessing the situation, I began looking for other ways of crafting novels. This search lead me to discover the “pantser vs plotter” approaches. “Pantsers,” people who wrote “by the seat of their pants,” making things up as they went, were a whole category of authors. Their approach was fundamentally opposite to the “plotters,” authors who planned and outlined all the details in advance. Once I learned about these basic style differences, I found other authors who advised beginners to find their own method for writing books and not try to use anyone else’s. I found blogs and quotes from successful authors that said the only rule for writing was to actually put words on the page. How you arrived at that point was irrelevant.

So I took another stab at writing a novel, having finally understood that I had to write “my way” and not somebody else’s way. I finished my first novel, a second, and a third, and now the fourth will be coming out later this year. So, learn from my mistake. Don’t let anyone tell you that you have to follow their method to write a book. Find your own process and start writing.

7 thoughts on “Learning to Write My Way: A Cautionary Tale”